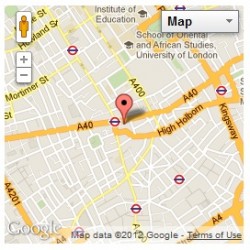 Are you a UK based Android developer? Then B&N wants to talk. They’re holding a workshop in London on 19 March, and they’re going to pitch the benefits of developing Android apps for the Nook Tablet.

The event is hosted by Mobile Monday London, and it’s going to pitch Nook developer program,  and the second half sounds like it will be a round table on tablets.

I for one ws not surprised to her bout the workshop. The location surprised me, but B&N has held workshops like this before. They’ve been aggressively recruiting for the nook developers program for some time now.

Some might say that this event doesn’t necessarily imply that the Nook is coming to the UK (we already knew that), but I think that’s exctly what it means. It costs a lot to send people over to London just to recruit developers, and there would seem to be little point to add the hassle of a second legal system if you’re not also planning to enter the market. It would seem more likely that B&N has firm plans for the UK market.

It’s long been rumored that B&N is negotiating with Waterstones, with some even saying that one might buy the other. So now the question is when? Wired is suggesting a Spring launch, but my sources say that the Waterstones negotiation are still going on, thus making a fall launch of the "Wookie" more likely.

2 New Boogie Board writing tablets coming soon & another this Fall

Interesting. There’s supposed to be a Waterstones eReader device being released this year. Perhaps it might be a rebadged Nook? (They’d been selling the Sony devices, amongst others, for several(?) years, but removed them some time in, I think, Q4 2011. They were certainly gone by Christmas.) And that wouldn’t preclude a more significant Waterstones/B+N tie-up later on.

[…] have hinted at it. I’ve heard rumors of B&N buying Waterstones. And B&N has even held a workshop in London for developers. And they’ve gone so far as to launch a new subsidiary in the Netherlands.  But I […]