press release has crossed my desk today with the news that E-ink is ready to manufacture a new and thinner screen.

The Fina screen module, which is being used in the recently announced Pocketbook CAD Reader, features a lighter and thinner glass backplane. This screen replaces the glass TFT backplane used in many E-ink screens with a very thin glass substrate that promises to deliver screens that are much lighter and thinner than in standard LCD screens. It is now available to be built into E-ink screens of all sizes from 5″, to the 13.3″ screen used in the Pocketbook CAD Reader. According to the press release, a Fina screen weighs less than half as much as an E-ink screen which uses an existing backplane, and it is less than half as thick.

As a result the Fina screen in the Pocketbook CAD Reader weighs only 60 grams. This device, which was only announced a few hours ago, runs Android 4.0 on a dual-core 1GHz CPU. It runs software designed to display blueprints  from AutoDesk as well as other construction documents. 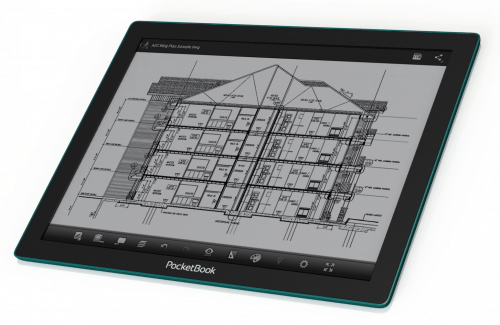 That’s great and all but it’s not like there was any technical reason preventing larger screens from going on the market; the roadblock is that there isn’t much of a market for larger screens due to development and manufacturing costs.

And given the relatively low density/sharpness of the Fina screen (150ppi, compared to 265 PPI on the Kobo Aura HD or 212 ppi on 6″ Pearl HD E-ink screens) I don’t expect to see very many small devices use it either.

But once you filter out the hype this is still a fascinating technical achievement (confirming once again that I am a nerd.).

Barnes & Noble is Shutting Down Their MP3 Audiobook Section 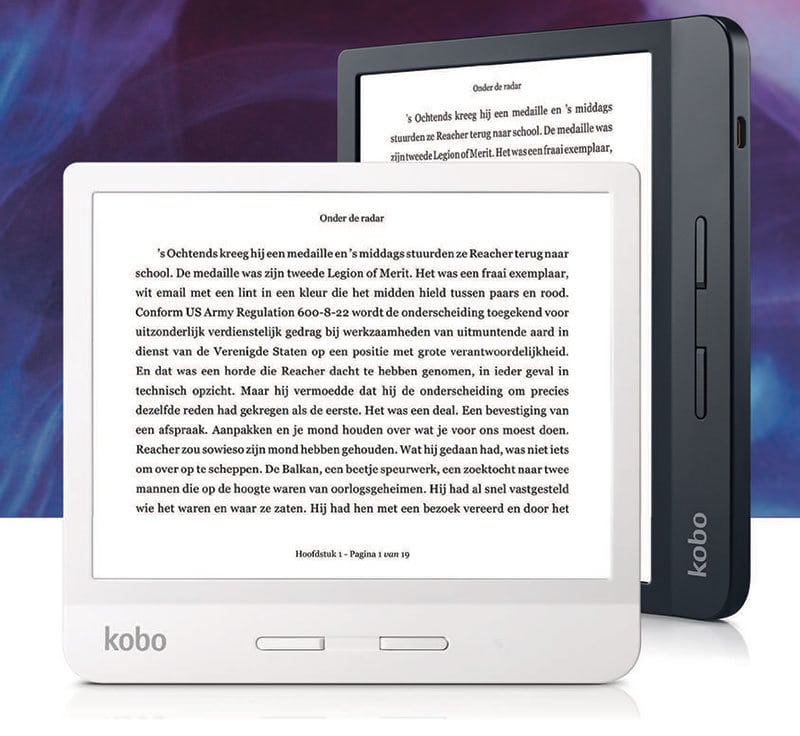 At $169, the Kobo Libra H2O is a Seven-Inch Kindle Oasis Killer 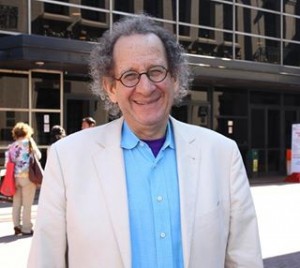 Actually, if the price and weight is acceptable, you could build a pretty good large-print reader for seniors. I’ll look into this for my mother to see how Android their android is. 🙂

And if wishes were horses, we’d be knee deep in manure. In other words the price won’t be reasonable.

I’m thinking it will cost $500. That’s not cheap for anyone on a fixed budget.

Nope.
But as a gift from working descendants…
I suspect $500 will prove a lowball guess, though; the bundled AutoCad viewer/annotation app points that way.

glass ? why not plastic ? This is the "Achilles heel" of all the ereaders….

My guess? Because the plastic blackplane is expensive, and glass has proven more than adequate over the past couple decades.

This sentence doesn’t read right to me:
"And given the relatively low resolution of the Fina screen (150ppi, compared to 265 PPI on the Kobo Aura HD) I don’t expect to see very many small devices use it either."

In your article you also mention: "It is now available to be built into E-ink screens of all sizes from 5?, to the 13.3? screen used in the Pocketbook CAD Reader."

You use "ppi" to define resolution, which is actually a measure of density, right?
PPI = pixel per inch

The point i’m trying to make is that it seems to me you are confusing the resolution with density.

You’re right; resolution was the wrong word. Thanks!