Sony’s latest ereader showed up on the FCC website today and it looks like the third time could be a charm. We don’t know much about the PRS-T3 (most of the important stuff is hidden), but I have gleaned a few details from the test reports and other docs posted on the website.

First of all, there are 2 model numbers listed, the PRS-T3 and the PRS-T3S. The S could stand for a touchscreen, but that’s not completely clear. But one detail I can tell you is that these models were tested for Wifi (though one report mentions Bluetooth). 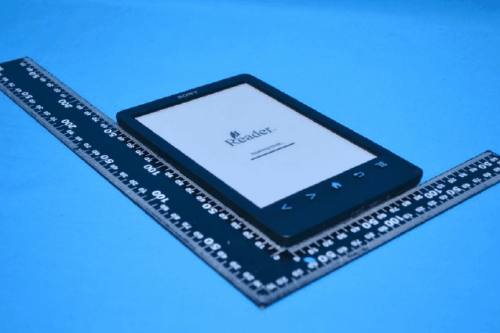 I can also tell you that the devices have the same set of buttons as the previous models and measure about 4.22″ by 6.22″, giving them a 7.5″ diagonal measurement.  Based on the photos and the diagram discovered in one of the test reports, my current estimate places the screen at 6″ (and not the 6.8″ screen found on the Kobo Aura HD).

And as you can see from the images above and below , the new T3 looks nothing like Sony’s current ereader, the PRS-T2. The T3 has a more traditional rectangular shape and it looks much more like a tablet. 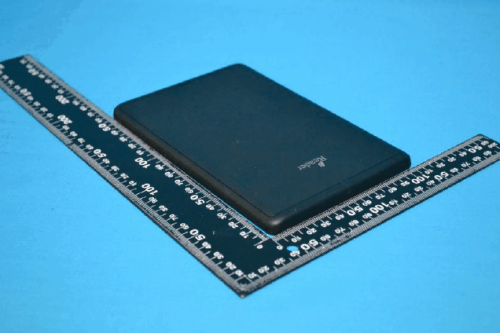 Sony has not yet shared any details on the release date, price, or specs,but if they follow their previous release pattern this ereader will probably launch in the US and Europe in August 2013.

Update: I’ve just learned that someone added a couple revealing photos to one of the test reports. This post has been updated with the new photos and info. Thanks Nathan!

The US Army is Adopting Epub

Amazon, E-ink, Sony, and B&N Are Being Sued for Patent Infringement

At least they are not quitting.
Hoping for HD-eInk and Frontlight.
But they will probably not see any money from me this year, my Kindle PW runs just fine and the Earl should arrive before Sony launches the T3.

[…] Sony PRS-T3 eReader hits the FCC Sony’s next-generation eReader showed up at the FCC. There aren’t a lot of details, but it looks like Sony’s refined the design a bit, and both devices are WiFi-capable. [The Digital Reader] […]

Still has the sucky shaped buttons from the last version. Boo!

Go back to the old smooth ones or better yet get the page turn buttons from the kindle.

The smooth buttons were a nicer design, yes.

great scoop! thanks!
I noted the following things:
"Transmitters: Wi-Fi & BT" but available test rep ref ref only to 802.11 (WiFi) and not to 802.15 (Btooth)
and "Model Discrepancy: All the specification and layout are identical except they come with different model numbers for marketing purpose"
so it seems a unique (from tech point of view) device…
maybe just an impression, but to me it seems thicker than T2…
what will be new wrt the previous model? frontlight? or nothing? audio already disappeared from T1 to T2, any other 'disappearing'?

Dammit. I’ve been holding out with my somewhat busted PRS-350 hoping that they would dump those stupid buttons and go back to the nice smooth ones they used to use, or better yet get page turn buttons like those on the kindle. Those stupid shaped buttons HURT when you don’t hit them exactly right.

Although, PS4 pricing was a nice surprise…maybe Sony is going to get it this time

If the T3 features frontlighting I will buy it on the first day of its release.
I am quite sure the screen will be hires and the processor more powerful, but the frontlighting is the biggest problem as Sony has already shown in interviews that they are not in touch with what most ereader users want.

Currently I am a happy PRS-950 user and would sell my soul for a modernized PRS-950 with frontlighting, aluminum casing, build in silo for the stylus, higher res 7″ screen, more internal memory and a faster processor and the same selection of excellent dictionaries.
I am willing to pay big money for a Sony reader like that.

But my fear is that I will have to switch to Kobo because the T3 might have no frontlighting at all. In that case I will buy the Kobo Aura HD and say goodbye to Sony. I hope it won’t be necessary.

Seems like some more details can be found: HD 6″ screen, slightly smaller width/height than the PRS-T2, but about 2mm thicker and 40 g heavier for some reason.