Fresh off a pyrrhic legal victory over its used ebook marketplace, the  Dutch site Tom Kabinet has launched a new ebookstore this week. Readers can now buy legitimately distributed Dutch ebooks, and should they so choose, sell those ebooks to another user. 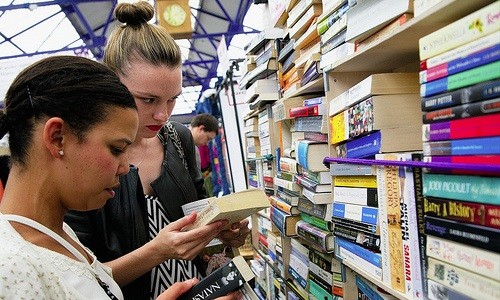 Tom Kabinet was launched in June 2014 with the goal of offering a marketplace where users can resell the ebooks they had previously purchased. It was subsequently sued by Dutch publishers, and after winning the initial court case, the site won a partial victory on appeal.

The higher court ruled that used ebook sales weren’t necessarily illegal in the Netherlands, while at the same time also ruling that Tom Kabinet hadn’t taken enough steps to block the sale of pirated ebooks. The site had previously limited sellers to only offering DRM-free Epub ebooks or ebooks with digital watermarks, and it also added digital watermarks to the ebooks which passed through its marketplace, but that wasn’t enough for the Amsterdam court.

For a short time it looked like Tom Kabinet would have to shut down, but instead its developers decided to comply with the ruling by limiting the marketplace to just Epub ebooks which carry a digital watermark when they are uploaded to Tom Kabinet.

It’s not clear whether the judge signed off, but I do see that my source is reporting that Tom Kabinet is launching an ebookstore today in order to offer its users a legal source of ebooks which they can later resell. (This is possible because the majority of ebooks published in the Netherlands are sold either DRM-free or with digital watermarks.)  It sounds like an ebook purchased elsewhere might not meet the requirements set by the judge at this time.

Given that there’s no real way to guarantee that the seller actually deletes the ebook after it is sold (this would require a type of DRM stronger than digital watermarks), I’m not sure that Tom Kabinet can take enough steps to fight piracy.

But that’s for the courts to decide.

GameStop to Use the NookColor for their Gaming Tablet?

Amazon is Going to Buy Liquavista

[…] limit its offerings to just watermarked Epub ebooks uploaded to the site. Though the Digital Reader reports the site is functional, they point out ebooks from outside the Netherlands probably won’t be […]