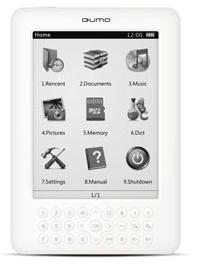 This is a new 5″ E-ink device that’s been announced for the Russian market, and it’s Qumo’s second ereader. There’s no word yet on price, but it’s supposed to be available in June 2010. Here are the specs:

It looks like it could be interesting, but I’m not sure that having that many buttons is really a good idea. There is 0-9 on the left of the D-pad, and I’m not sure what’s on the right (image is too small). I think 2 are the page turn buttons, but I’m not sure. 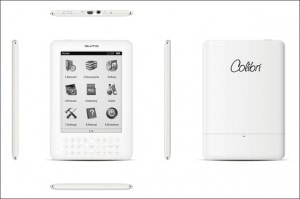