I was just checking on the Southern Telecom website for more details on the new Slick ereaders I saw at CES when I discovered this: 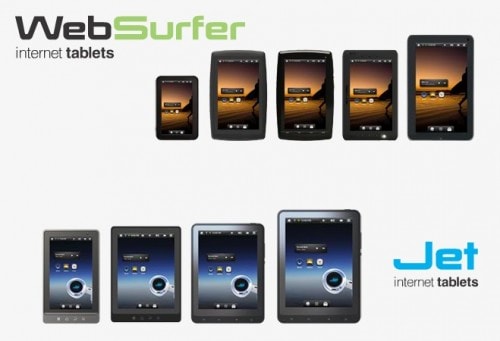 Those 9 tablets weren’t at CES, and this is the first I’ve seen them.

There’s not much info yet on the specs, but the site does say that the screen sizes for the WebSurfer and Jet Android tablets range  from 4.3″ t0 7″, 8″, and 10″. There’s a mix of capacitive and restive touch screens. All (some) of the tablets will be running Android v2.2 on a 1GHz CPU with HDMI out, Adobe Flash 10.1 support, and 6 hours battery life.

There’s no sign of when they’ll hit the market or for how much.

but the slide show does have a close up of one tablet, and I think it looks familiar. Does it look like one of the Archos tablets? 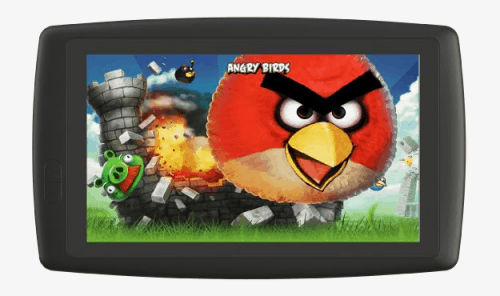