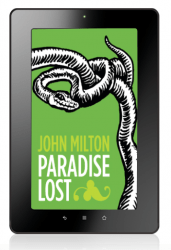 Kobo’s new Android tablet is shipping today in the US and Canada, and Collins decided to surprise us all. They’re listing the Kobo Touch , Kobo Wifi, and the Kobo Vox on their website. All 3 models are up for pre-order, with the Vox shipping long after the other 2.

Collins will be shipping the Kobo Wifi and Kobo Touch on 4 November, with the Vox coming in “mid November”. This is a marked change for Kobo. In the past they have delayed worldwide shipments of their new ereaders for a period of 3 to 8 months. I’m sure they had a good reason (ramping up production, perhaps), but the fact that they’ve changed their habits was worth a note.

Collins are just one of Kobo’s Australian partners, and the other partner (Pearson’s) won’t be getting either the Kobo Touch or Kobo Vox anytime soon. In fact, the Borders.com.au website doesn’t even mention the Vox; the only new Kobo mentioned is the Touch and they won’t have it until 30 November.

I’ve also checked WHSmith and Fnac, Kobo’s other two big name partners, and neither mention the new Kobo Vox. That would suggest that Collins got the Vox first becuase of the timing. They’re just beginning to carry Kobo eReaders, and that may have given them the chance to push and get all the models at once – even the new one.

Now, if you read this far then you might have noticed the one detail I hadn’t discussed yet: the price. Collins listed the Vox for $299. Note that AUD and USD are in near parity, and taxes alone don’t justify the increase.

The US price for the Kobo Vox is the same as that of the Kindle Fire. But in Australia, where the Kindle Fire isn’t available, they’re pricing it for $1oo. That should tell you something, and it’s not good. Kobo are likely taking a loss on each Vox sold in the US. They’re losing money just to stay in the market.