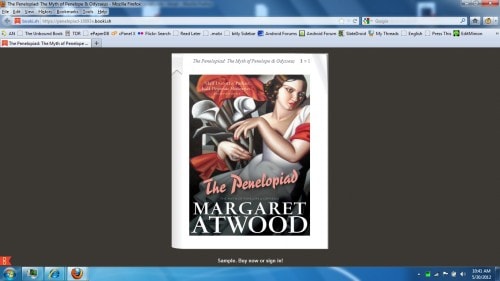 Hard on the heels of this morning’s Inkling news comes the announcement of another browser based reading app, only this one is going to be affecting libraries. OverDrive has announced plans to release a new reading app, and it’s going to work on everything.

The app won’t be out until this fall,  but OverDrive has released a few details. It’s based on the work of Booki.sh, the Australian developer that OverDrive bought back in February of this year. Booki.sh is one of the leading developers of cloud reading, and clearly OverDrive is wasting no time in adapting the cutting edge technology to support OD’s more than 18,000 library partners and integrate it into Overdrive’s industry-leading catalog of more than 800,000 eBooks and audiobooks.

Today’s news was most of the reason why OverDrive bought Booki.sh.  While I don’t like cloud reading, I do see the value for OverDrive. As a service provider, they already offer apps on a wider variety of platforms including PC, Android, iOS, and more. With this latest addition, OverDrive’s going to be able to reduce their support requirements. Today you need an ereader or an app in order to use one of OverDrive’s library ebooks, but once this app gets released you will only need a library card.

OverDrive is going to be demonstrating this new app at Book Expo America, in New York City next week. If you want to see a demo title using OverDrive Read, please visit https://penelopiad-18893a.booki.sh/.