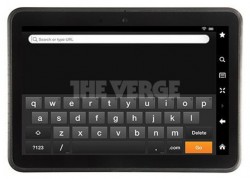 The hot news this afternoon comes from Cnet. According to their sources, Amazon has 2 Kindle Fires to unveil next week, and neither one is going to be the 10″ model that I predicted a few weeks back.

Amazon plans to double down on the 7-inch tablet market with two new Kindle Fire models, CNET has learned.

Despite speculation that Amazon was preparing a larger 8.9 or 10-inch version, the company will only unveil a new 7-inch Kindle Fire and a slightly revamped version of the original tablet in an event scheduled for next week, according to a person who has seen the products.

Here’s my problem: I cannot find the FCC paperwork for the second Kindle Fire, so I have no proof there is a second one.

When I read the Cnet story this afternoon I went to the FCC website and started a new search for all the possible filings that might belong to a new Amazon device. I won’t give you all my tricks and tips, but I do know of a few ways to thin the search results from the thousands of filings each month down to a few dozen.

Now, I might have missed it, it might not have been filed yet, or one of my shortcuts backfired. But all I know is that I didn’t find evidence of 2 KF tablets. I have no proof there is a second one, and in this case the absence of proof is pretty strong evidence that it doesn’t exist.

On the other hand, I could be wrong. Perhaps Amazon didn’t see the need to file a new set of tests for a revamped device? I really don’t think that’s likely; my basic understanding of FCC regulations suggest that it would be required.

But all I really know is that I didn’t find the paperwork. And so I have to add this rumor to the leaked KF images from earlier this week. I won’t believe them until I see real photos.

If that second Kindle Fire isn’t on stage on Thursday, you know why.