The German publisher Axel Springer, as rumored, has acquired a majority interest in Business Insider. The publisher will pay $343 million to acquire 88 percent of the media outlet founded by Henry Blodget. Axel Springer previously owned a 7 percent stake. 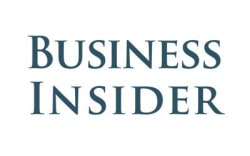 Amazon CEO Jeff Bezos will retain a minority stake in Business Insider, owning the other 3 percent of the company.

The acquisition by Axel Springer brings the total valuation of the business news outlet to about $442 million.

“With the acquisition of Business Insider, we continue with our strategy to expand Axel Springer’s digital reach and, as previously announced, invest in digital journalism companies in English-speaking regions of the world,” said Mathias Döpfner, CEO of Axel Springer.

“We have tremendous respect for Axel Springer’s commitment to independent journalism and its global vision for the future,” Blodget said in the announcement. “It is a pleasure and privilege to join forces with such a smart, forward-thinking team.”

Blodget will remain as editor of the site, known for its combination of financial reporting and sensational tech reporting (Apple is doomed, doomed I tell you). Business Insider currently has a staff of more than 325, according the acquisition announcement.

In 2003, Blodget was charged with civil securities fraud by the SEC and later agreed to a permanent ban from the industry. In 2007, Blodget, along with Kevin Ryan and Dwight Merriman, founded Business Insider, the media business not being one that requires either accuracy nor ethics. Ryan and Merriman helped found Business Insider after founding and managing DoubleClick. (DoubleClick was sold in 2005 for $1.1 billion to Hellman and Friedman, and two years later to Google.)

Axel Springer was thought to be interested in acquiring the Financial Times Group from education publisher Pearson. But FT was eventually sold to the Japanese media group Nikkei for £844 million.

reposted with permission from TNM