Readers and authors may be planning for the inevitable day that B&N gets out of ebooks, but their developers haven’t given up. I have just heard from several sources that B&N has released an update for the Nook Glowlight Plus, the rebranded Chinese ebook reader which B&N launched in October 2015. 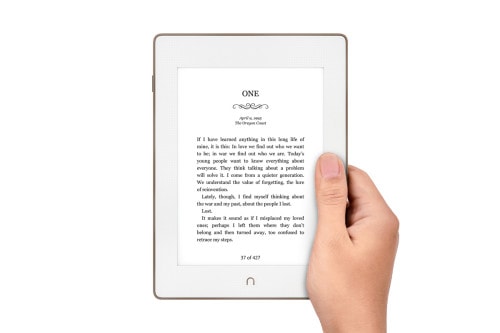 OverDrive has announced that this update fixed the recent compatibility issue with library ebooks, and I also have a first-hand report from a Nook owner who reports that he lost root access but did not lose any of the apps he had installed.

B&N released the update on 17 January and has been distributing it as an automatic download to Glowlight Plus owners.

According to B&N the changelog for the update includes:

I can’t find an option to download the update manually, so if you are one of the nineteen Glowlight Plus owners, you will need to connect your device to Wifi and wait for your Nook to download it.

Thanks, David, for the tip!